Electric scooter start-ups are quickly convincing more and more urban commuters to go along for the ride.  These scooters, powered by a rechargeable battery, are keeping commuters from draining their “personal batteries” in stressful traffic and parking garages before they arrive at work or school.  Considered the latest in urban transportation, electric scooters allow users to avoid the worst of overcrowded cities. Electric scooters allow drivers to avoid wasting unnecessary time and empower everyone from millennials to Gen Z to get moving with technology. This innovative technology is commanding the attention of consumers and start-ups alike.

Electric Scooters as an Alternative

Scooters take the hassle out of commuting.  Commuters can have peace of mind knowing that busy roads, traffic lights, unforeseen accidents, and pile ups will have minimal to no impact on their day. Parking is simple and requires no circling around the parking lot.

Electricity uses much less carbon than fuel. According to Cleantech Rising, the electricity to charge a scooters creates 2% of emissions of the average car.

Easy on the Wallet

Commuters can get to work or school for the same amount they pay for coffee.  If a commuter wants to purchase a scooter they may spend between $100-$600, which averages to a far lesser financial burden than using a car (with its gas, parking, and maintenance) on a daily basis.

“When you ride a Bird, it reminds you of being free…It gives you freedom like you have wings.” -Travis VanderZanden, CEO Bird Rides

Lime, Jump, and Bird Rides are the top competitors in the electric scooter market.  Each company uses an app to connect with consumers. These apps allow users to unlock a vehicle, view the scooters within a defined radius, and safely lock them back up when they are done. The apps are conveniently available in both the Apple Store and in Google Play. 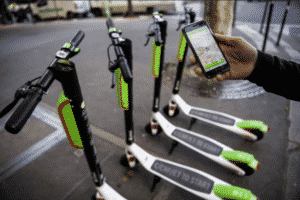 Lime, formerly known as LimeBike, carries a product line of electric scooters, assist bikes, and smart pedal bikes. It has recently hired “juicers” as independent contractors to recharge bikes for the company.

Jump has a unique strategy to gain market share in the scooter industry.  Jump was acquired by and can only be found on Uber. Uber believes that electric scooters are the solution to short, inner city trips.  While Uber has been allowing Lime scooters to be booked through its app, it is now developing its own scooter as part of its strategy to increase market share in the scooter space. 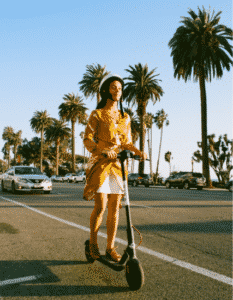 Bird Rides was one of the first to enter the scooter crazed market just over a year ago.  And, the company did so boldly without partnership or permission from legislators. Bird now has mobile presence in over 100 cities with 10 million rides, recently making it the fastest start-up to achieve a $2 billion valuation.

In many cities such as Austin, TX, Lime and Bird scooters overpopulate city streets and college campuses alike. Neck-and-neck, Lime has a slightly farther reach with more cities, more college campuses, and now more countries (more on that later), but Bird has managed to reach the $2 billion valuation point first. While the scooters are set at equal prices with similar advantages, the choice between the brands comes down to which scooter happens to be conveniently abandoned on the closest street corner.

Forbes recently issued an article on the subject, commenting that its cities who decide the victors of the “scooter war,” rather than denizens. This observation came right after San Francisco first banned scooters, then gave the “exclusive right to operate” to two companies who hadn’t been present during the initial scooter invasion. Like the ongoing Uber/taxi battle in New York, city regulations will have the final say as to which scooters reign victorious. 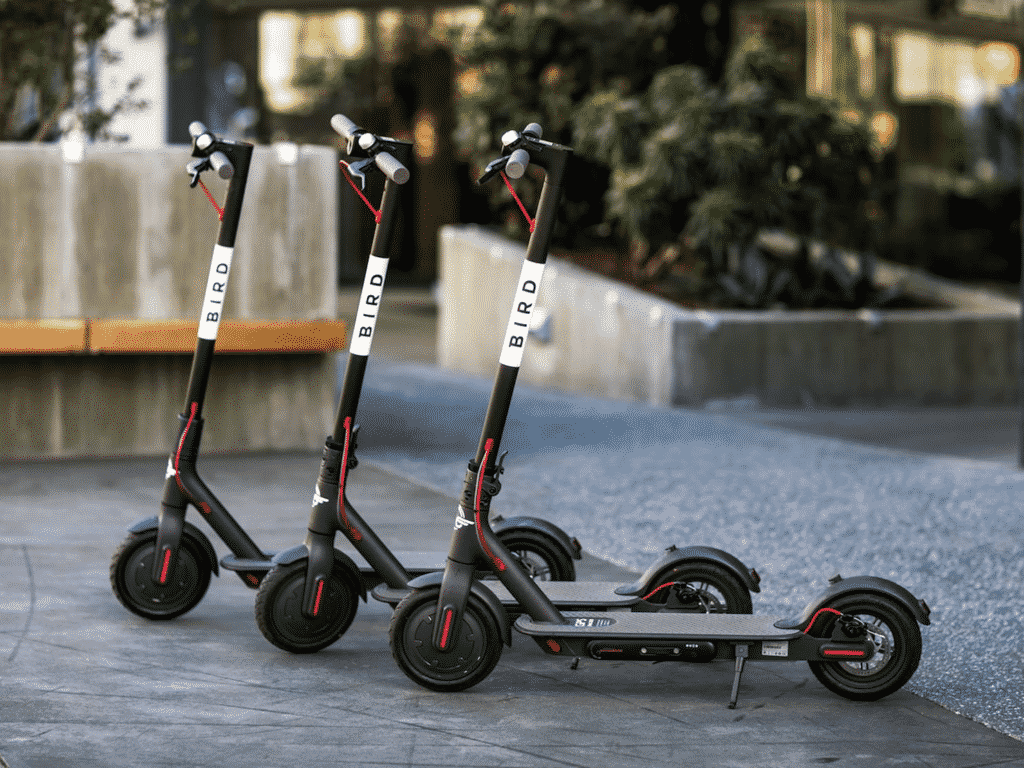 In November 2018, Bird became the first company to provide electric scooter service in the U.K. by leveraging a legal loophole.  The Highway Act of 1835 stipulates that footpaths must be for the sole purpose of pedestrians, and forbids the driving of any “horse, ass, sheep, mule, swine, or cattle or carriage of any description.”  The loophole in this Highway Act of 1835 law allows scooter transportation on private land such as airports, universities, and business campuses where the landlord has given permission.

For now, anyone who rides a Bird scooter in Britain will be expected to get off of the scooter and walk it across any paths considered public.  If the GPS geofence that controls where scooters can be used has minimal to no flexibility or lenience, the power to the scooter will be shut off if riders veer outside of “approved routes”.  Bird is in the process of lobbying for a change in legislature.

It’s a bit premature to dictate whether or not electric scooters will continue at the same trajectory of growth and become a primary mode of transportation. But, with companies like Bird striving to make mobile technology more accessible, and influencing legal regulations to remain current with the technology shift, we may just ride electric scooters into the future.